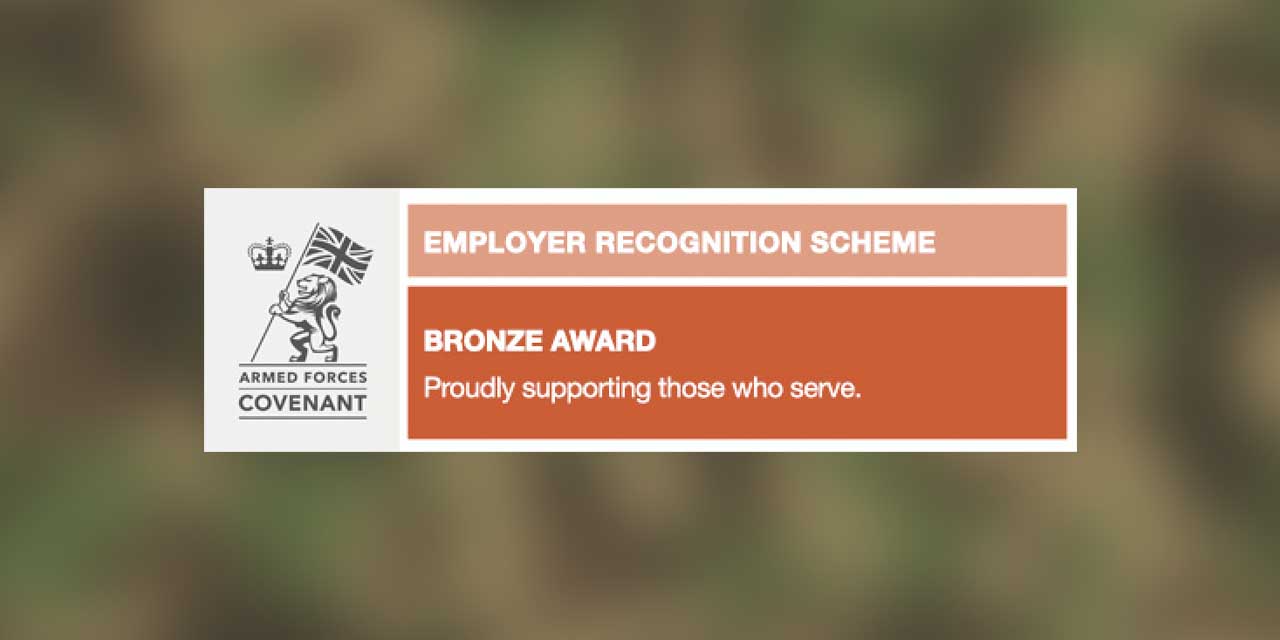 Superfast IT’s commitment to the Armed Forces has been officially recognised with a Bronze Award by the Ministry of Defence Employer Recognition Scheme.

Further to signing the Armed Forces Covenant earlier this year, the MOD’s Employer Recognition Scheme (ERS), which recognises employers who demonstrate support to armed forces communities, has awarded Superfast IT with the Bronze accolade. 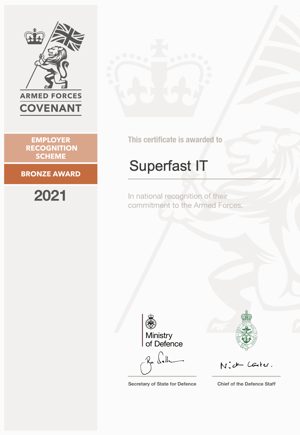 Superfast was awarded the Bronze award for its ongoing commitment to the armed forces community, with values that align to those set out in the Armed Forces Covenant.

James Cash, Founder and Managing Director at Superfast IT said: “I am thrilled that Superfast IT has been recognised in achieving the MOD’s Bronze award through the Employer Recognition Scheme.

“I will continue to promote our support to the armed forces community, having pledged to support those who serve or have served in the armed forces. We are armed forces-friendly and open to employing reservists, armed forces veterans (including the wounded, injured and sick), cadet instructors and military spouses/partners.

“An award in any category is a huge endorsement of the level of support a business offers armed forces communities.”

The Defence Employer Recognition Scheme has three categories – Bronze, Silver and Gold - based on the levels of support that an employer provides. The IT support business has already begun working towards achieving the Silver award.

James continued: “It is important that we build a business which fosters diversity, including ex-military personnel and reservists, who often show characteristics of leadership, organisation, resilience and discipline, developed from their military background.

“I am proud of what we are doing and we will continue to build a successful programme to develop our people and add value to our business. We announced on Armed Forces Day that we will continue to pay employees that take part in reservists training. I am thrilled to say that we have already had a member of staff apply for the Army Reserves due to the initiative.

“This is just the beginning. I look forward to continuing supporting the armed forces community and charities.”

About the Armed Forces Covenant

Find out more about us and our other partners and associations.