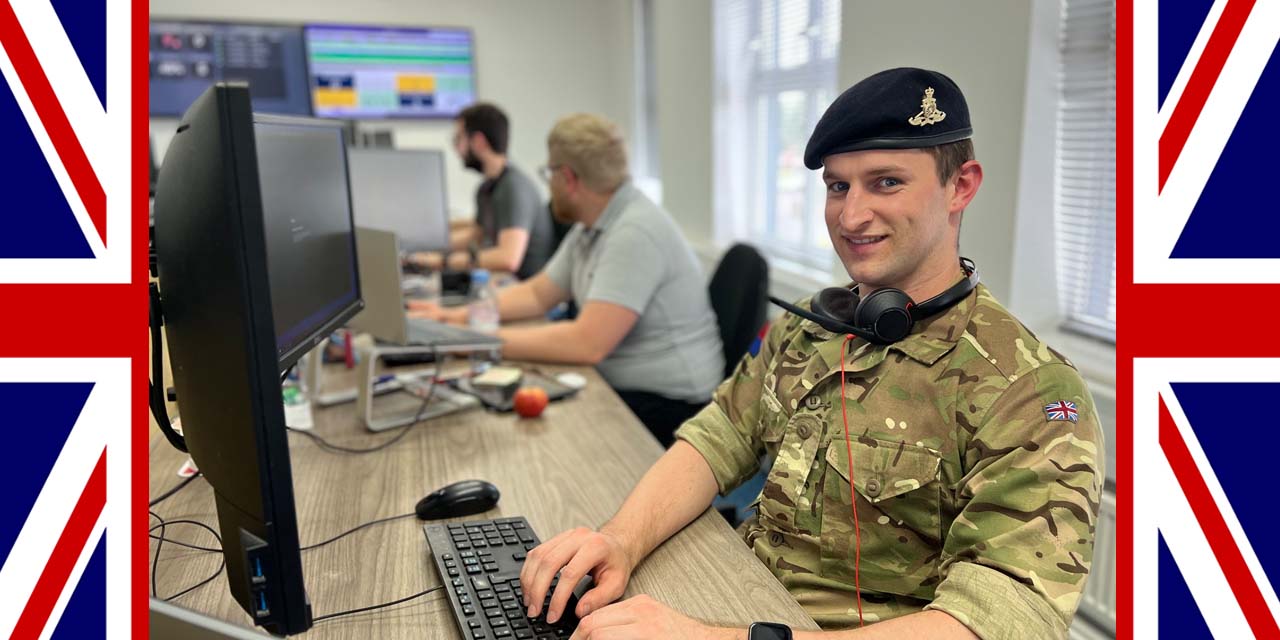 Superfast IT has celebrated Armed Forces Week 2022 in style. Stefan Reeves, our Cyber Security Apprentice, proudly joined the celebrations in his Army Reservist attire - answering a Q&A about joining the Armed Reserves, as the team tucked into a lunch-time feast.

Last year, Superfast IT signed the Armed Forces Covenant, promising to those who serve or have served, and their families, are treated with fairness and respect in their communities, economy and society for which they serve with their lives.

Then, on Armed Forces Day 2021, launched an initiative to support team members joining the Armed Reserves. Superfast IT offers employees entering the Armed Reserves paid leave for attending annual training, and a supportive environment. There’s no reason why our team should lose out financially for serving their country.

Following the initiative launch, Stefan applied for the Army Reserves and is now undertaking training. We took the opportunity to ask Stefan about his experience joining the Army Reserves as part of the business’ Armed Forces Week celebrations. 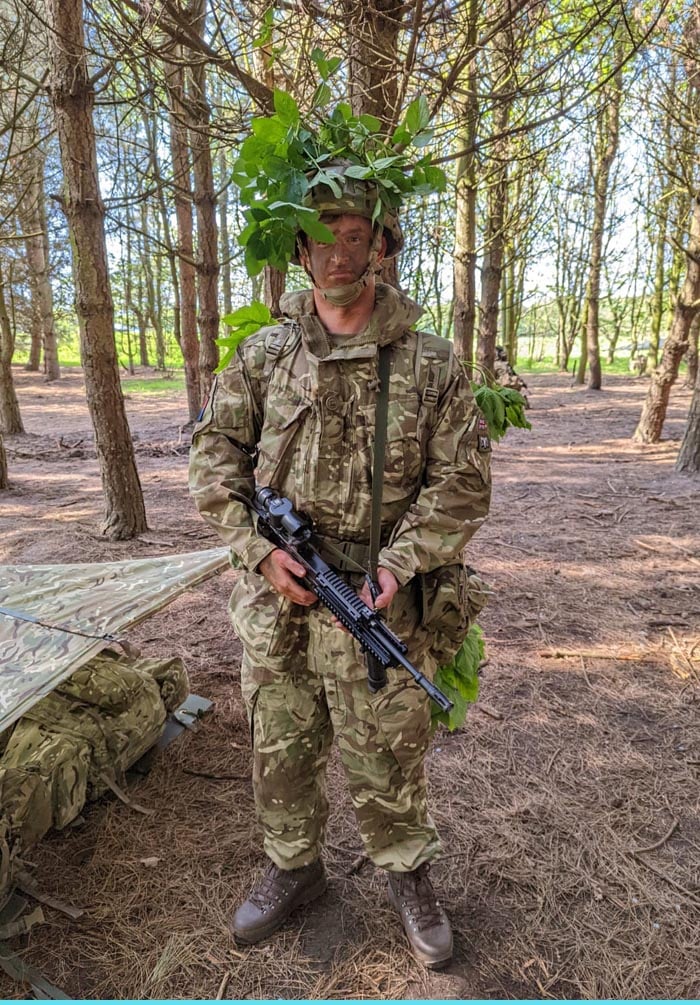 When did you join the Army Reserves?

During Armed Forces Week last year, James spent time with the team, talking about the benefits of joining the Reserves, skills you can learn, as well as the new Armed Reserves initiative at Superfast IT. He also spoke fondly about his time in the Army. That’s when I started thinking about joining the Army Reserves.

What did you do to join the Reserves?

I really liked the sound of joining the Army Reserves, so after further research, I attended an open day, spoke to Corporals/Sergeants and other Reservists, before applying. It was easy to apply – I completed their online application process, followed by an interview and fitness assessment. In total, it took around six months to go through the application process.

Did you have any apprehensions joining the Reserves?

I was unsure whether my fitness levels would be up to scratch, but I didn’t let this put me off. I put in my application and was surprised that I didn’t struggle. 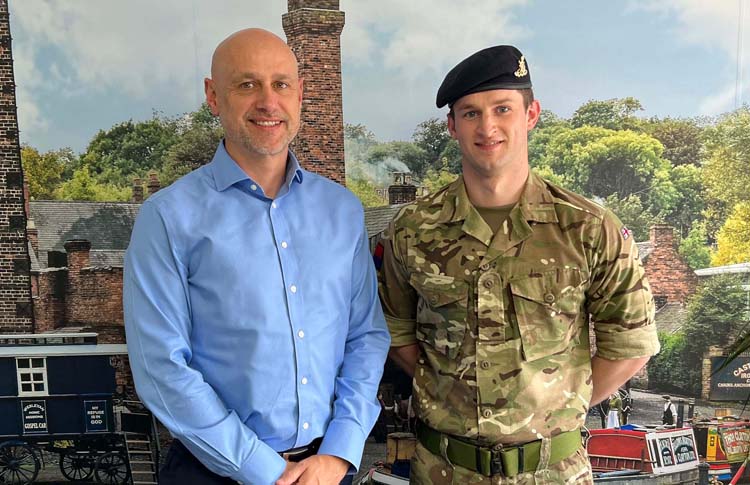 What happens when you join the Army Reserves?

I attend training on evenings after work and weekend camps as part of my induction and training. Most recently, as part of a weekend training from a secret location, we took part in several activities:

During weapon handling training we were taught how to use the weapon, with drills to follow. There was a focus on safety procedures to ensure safety and prevent accidents.

First, we completed a 2km loaded march - holding our weapon and wearing full kit, including bergen (backpack), weighing up to 20kg. I found it really challenging – you are really pushed physically, while also taught to be aware of your surroundings.

Then we completed a 2km unloaded march (without weapon and bergen) as part of our Role Fitness Test (RFT). We did basic movements, following drill commands, and did jerrycan movements (using 20L water containers).

Getting camouflaged was fun. We learned the techniques to paint ourselves, threading twigs/leaves we found through the kit and concealing in our environment. Interestingly, we had to consider how to not spark a human shape shadow or silhouette.

There was friendly competition in military-style ‘hide and seek’ as part of a team-building exercise. Split into two groups, one team hid, applying their concealment techniques, while the opposing team tried their best to find the hiding team. It was surprising how the team hiding was able to blend in with the environment, demonstrating the effectiveness of camouflage.

This again was great fun and had us thinking about identifying our environment and looking for things out of the ordinary, which may indicate the enemy are in the area. 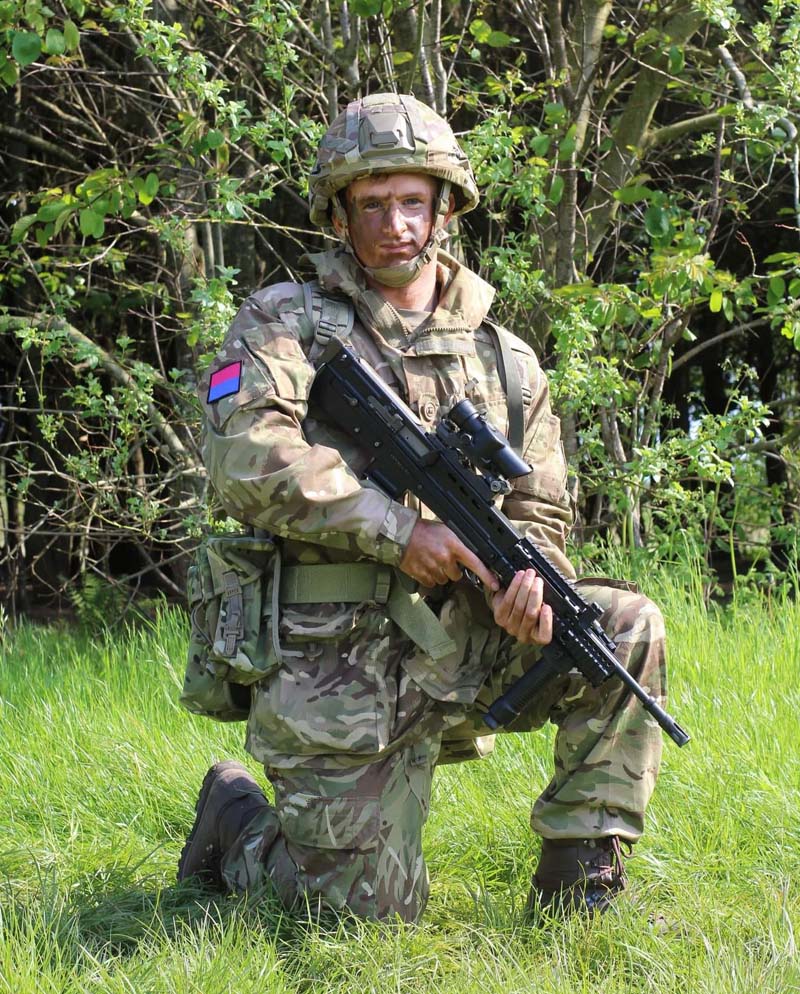 How you’re finding it? What are the pros of joining the Reserves?

There are many pros to joining the Reserves. It’s fun - I’m really enjoying it! Challenging too. They get you out of your comfort zone, and not just from a physical fitness perspective. For example, having to speak up and give instructions to a team. It’s been confidence-boosting completing this type of task, as I would not usually present to others.

What skills have you developed in the Reserves?

Since joining the reserves, I am more proactive, and confident, with an awareness of my surroundings. I feel I am more observant and conscious of my own actions. It has also taught me to not procrastinate.

There’s a motto used: ‘There’s no free time in the army’ – always keep yourself busy, even if it’s just polishing your boots. Outside of work, I am keeping myself busy, being proactive – less mulling around and wasting time.

Also, there is a strong team spirit and attitude to always help yourself or your teammates. I am taking this ethos into my personal and work life.

Would you recommend joining the Reserves?

I would highly recommend joining the Reserves, particularly those considering joining the Armed Forces. There’s a role for everyone, you don’t have to be the front line. You are introduced to the wide-ranging positions, from medic to logistics, but my ambition is to become Command Post.

Find out more about Armed Forces Day and celebrations taking place locally to you, visit their website: armedforcesday.org.uk/find-events/

Visit Superfast IT Partners Page to learn more about our accreditations and professional partners.